Home » Blog » From Tianjin To Beijing: CSR Rising On The Agenda For Supply Chains In China
× Share this Article

From Tianjin To Beijing: CSR Rising On The Agenda For Supply Chains In China

When the devastating chemical explosion occurred in Tianjin last August 2015, grave concerns over the safety and sustainability of suppliers in China were brought to the forefront (see related paper). The recent 11th International CSR Forum in Beijing, China on June 6 and 7 provided a refreshing breath of hope in the Corporate Social Responsibility (CSR) aspirations for China. Here is summary of impressions from EcoVadis perspective on the conference.

This 2016 forum is in its 11th annual edition, with over 200 participants attending the 1.5 days event. Participants and panelists came from both private companies, state-owned/influenced companies, international NGOs (eg. Unicef, CSR Europe), and local NGOs.

Discussions were made on the climate agreement to limit warming to 2 degrees; China’s 13th 5 year plan which clearly states environmental objectives, and how these 2 commitments are pushing the Chinese supply chain to step up to global CSR objectives.

There is no doubt, even from the perspective of the Chinese Central Government, that China is the manufacturing capital of the world. The economic growth of the 10th, 11th, and 12th 5 year planning cycles has indeed taken its toll on the resource constraints of China. Recognizing this as an opportunity, the 13th 5 year plan explicitly states “Green Responsibility”, in addition to other key tenets (for example, Innovation responsibility), and in the details of the plan there is emphasis on CSR and environmental objectives. The Ministry of Industry and Information Technology of the Chinese Government (MIIT) has already introduced CSR objectives, guidelines, and other guidance content to private and state-owned/influenced entreprises, and believes that the CSR work done in the 12th 5 year laid the foundations for CSR going forward. However, to fully integrate CSR into China, 3 pillars are required: Responsible investment, Responsible Consumerism, and Responsible manufacturing. Responsible consumerism drives Responsible manufacturing (which includes Responsible procurement).
Business Case Study

A case study was presented by a major electronics manufacturer, describing how one of its battery suppliers had been identified in a forced/child labor report where the battery manufacturer’s supplier was named and investigated by an international NGO. As a result of this report, the battery supplier lost all procurement contracts with major companies, simply because of its rare earth supplier. The Chinese Rare Earths Trade Association then provided remediation support, in establishing policies, processes, and other actions to address this incident. After 6 months, a round-table was organised with this supplier and its former clients to discuss the improvements made. All major contracts were then reinstated. This incident exemplify how CSR issues can break, but also remake businesses, through being proactively transparent in communications to stakeholders.
The role of the EU

The Chinese government’s 13th 5 year plan is clearly aligned with the COP21 agreement, and it is taking its position strongly to move towards the 2 degrees maximum target. There has been a strong push by the central government to stimulate local governments to initiate and implement carbon objectives. For example, Hainan Island, which is a largely tourist destination, had also carbon objectives. There is a concrete timeline to construct and link all Chinese cities into a single carbon market. There have been lessons learnt in the pioneer carbon markets in China and this is feeding into the creation of this carbon market. Importantly, the pioneer carbon markets have led to a mushrooming of companies performing carbon footprinting and reporting of their carbon, and it is clear such corporate behaviour will increase with more Chinese carbon markets coming online in the near future.

Yet, not all environmental objectives are about Carbon. In the textile manufacturing sector, carbon is not an existential threat. However, chemicals are the defining environmental issue for this sector. Much of China’s waste water woes, soil degradation woes, are primarily because of chemicals used in the industry. Regardless of adequate waste water treatments, the root cause of most visible pollution lies in chemical use and its consequences. Therefore the textile association, in the next 5 years, is collaborating with the government, and other stakeholders to reduce chemical use. For textile companies, environmental protection is now a corporate survival factor. In summary for the session, the Chinese Supply Chain is undergoing a transformation, due to the “pull” of various international client demands, and also domestic “push”. It is clear that Chinese suppliers are increasingly taking the initiative to embark on CSR and using it as a competitive advantage.

In Europe, the CSR agenda is now also the innovation agenda. Major topics include Global Value Chains and Human Rights. There is increasing regulation at EU level (such as disclosure of non-financial, Conflict Minerals, IP rights, etc.), as well as increasing inclusion of sustainable development clauses in trade agreements. 58% of leading European companies strategize CSR, but supply chain and stakeholder engagement is lagging. While companies are conducting and reporting materiality exercises, they are mainly for reporting, and often lack followup actions.

So-called “white pollution” is that which comes from packaging waste. China’s cities generate 50,000,000 tonnes of plastic waste per annum, and it usually ends up in landfills. To solve this plastic waste issue, there is the technology side and process side. MBS reprocesses plastic waste into raw materials for plastic manufacturing. Intertek verified that 1800kg of CO2 reduction when this MBS waste bag is used to process waste by using a lifecycle approach. This product is now launched in 4 big cities, hoping to reach 20 cities in 2020. This is particularly important when immigration from rural to urban areas have crossed the 50% mark in 2015.
CSR and Public Transparency

One speaker cited the 2016 academic research by Desai, which found that social visibility increased regulatory collaboration, meaning that with higher transparency on issues, the more opportunity the company has to influence regulations. In a world where peer to peer systems are becoming the main platform for information gathering and verification, organisations who are effective at being both internally and externally transparent are best adapted to leverage this peer to peer information sharing world. Yet, not all transparency is good. The Power industry explains that transparency demands by stakeholders must be understood, in order to avoid over-sharing or over-transparency. This is mainly because stakeholders do not know how to process information that is not immediately useful. For example, in 2015 a hurricane in Guangzhou destroyed power grids and lost power to over a million residents; It took five days to fully restore power access. Within 48 minutes of the power outage due to downed power lines, the company released statements using WeXin, in describing the steps the company was taking at the moment, as well as the next steps. It did not however, disclose how extensive the damage was, primarily because stakeholder concerns were focused on recovering power. It was only in the next few days that communication through state media and papers described extent of impacts. Yet, the incident and the transparency actions pushed for new investments in infrastructure projects.
EcoVadis perspective:

Even though it is not possible to extrapolate the practices of these CSR leaders to the rest of the country, the depth of the topics discussed suggested that Chinese CSR leaders are on par with European companies in terms of CSR maturity. They appeared to understand what is advancing in the world of CSR on the global stage, and how it affects their companies. There is also a strong impetus for Chinese companies to leapfrog the CSR maturity curve and move directly to action mainly due to the harsh regulatory environment in China which is a direct consequence of the social ills facing the country. Yet, not all is rosy. While the environmental challenges are well-discussed with advanced solutions, and supply chains there are undergoing a positive transformation, human rights in the supply chain and supplier assessment of business ethics continue to remain in the backseat for these discussions at the forum.

This article was contributed by
Sheng Ou Young, CSR Analyst at EcoVadis

What to read next: 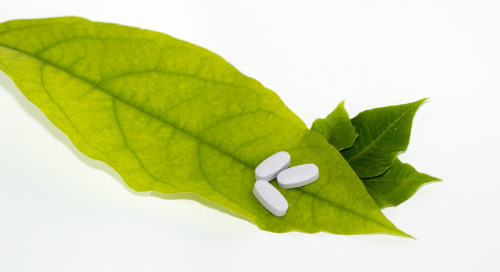 Interview with Jean-Yves Rotté-Geoffroy (CPO GlaxoSmithKline) on “How is Corporate Social Responsibility I... 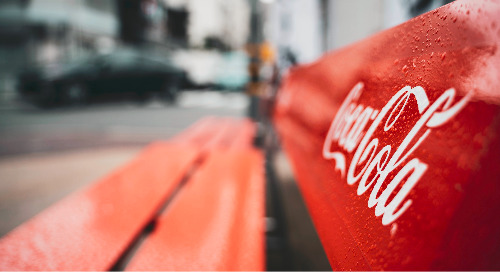