Agriculture is taking two complementary approaches to address climate change: reducing carbon emissions and pulling carbon out of the atmosphere and into the soil where it benefits crops and entire ecosystems.

Without it, life as we know it doesn’t exist. In fact, the term “carbon-based lifeform” is used to describe anything in the universe that approximates what we consider to be “alive.” Together with hydrogen and oxygen, carbon is one of the literal building blocks of all life on Earth—including crops and the countless people who rely on them.

Every aspect of our climate—including temperature, sunlight, rain, and wind—is important to agriculture. Conversely, agriculture is increasingly important for our climate. As civilization has evolved, we have developed a more nuanced understanding of how carbon contributes to climate change, as well as the roles that fossil fuels, deforestation and tillage play in the carbon cycle.

As our understanding of farming, carbon, and the climate has deepened, agricultural scientists have incorporated new knowledge and insights that enable farmers to reduce carbon emissions, thrive in the face of climate change and even mitigate its effects.

Agricultural innovation and environmental stewardship enrich one another. As one of the best examples, The Climate FieldView™ digital farming platform is empowering farmers around the world to cultivate their crops while reducing the impact on our planet. By harnessing data gathered from satellites, in-field sensors, and smart combines, the Climate FieldView™ app uses historic insight and predictive analytics to help farmers connect more intimately with their fields, so they can identify and address problems before they take hold. In addition to helping farmers accomplish more with fewer resources, it also helps to reduce carbon emissions by maximizing efficiencies. Coupled with digital sensors that monitor the soil’s composition, farmers can actively track their progress in sequestering carbon in their fields to support more productive crops and a healthier planet.

The Path to Net-zero Carbon Emissions Starts on the Farm

The emissions produced by farming come partially from tilling the soil and burning fossil fuels to run equipment. Every time a tractor travels across a field, it generates emissions. That’s why crop scientists and data engineers have developed tools like smart GPS and techniques such as precision agriculture to help farmers reduce fuel consumption. Practices such as no-till farming are also exceedingly beneficial in reducing emissions because they keep carbon in the soil where it actually benefits the plants and microorganisms that need carbon to thrive.

Innovations in agriculture are transforming farms to not only reduce their emissions, but also pull carbon out of the atmosphere. This is the insight behind Bayer’s Carbon Program in the US, which enables and incentivizes farmers to adopt climate-smart practices that capture and store carbon in their fields. Similar programs are now live in Brazil, and select European countries. By simultaneously prioritizing soil health, farmers’ livelihoods and our climate, this global initiative is laying strong foundations for a net-zero carbon emissions future. That’s good for growers, consumers and our planet.

Closing in on carbon literacy

As the building block of life, carbon itself is not inherently problematic—rather, it’s the imbalance of carbon in our atmosphere that causes widespread climate challenges. Through agriculture, today’s brightest minds are finding ways to correct that imbalance to support our climate now and well into the future. By driving unprecedented breakthroughs in data science, farmer incentives, and climate-smart agricultural practices, modern agriculture is helping growers improve their operations while reducing their impact on the climate. The impact of these innovations is immense, not only in helping ensure global food security, but also the overall and ongoing health of the planet we all share.

Tweet me: Agriculture is taking two complementary approaches to address climate change: reducing carbon emissions and pulling carbon out of the atmosphere and into the soil where it benefits crops and entire ecosystems. Read more from @Bayer: https://bit.ly/3AxDVho 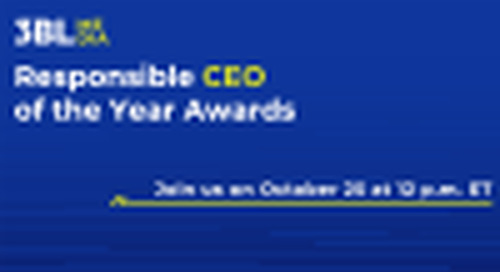 Mark Your Calendar for the 2021 Responsible CEO Awards

Join 3BL Media on October 25 at 12 p.m. ET for a live announcement of this year’s Responsible CEO of the Ye... 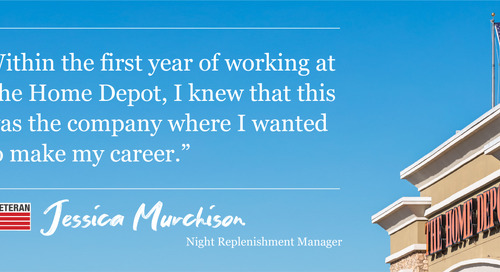 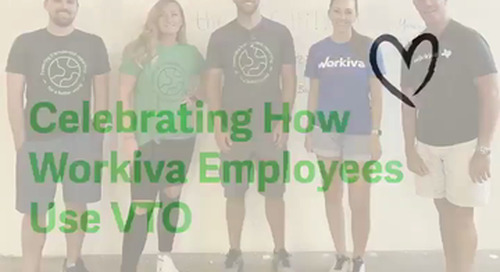 SOURCE: Workiva DESCRIPTION:Each year Workivians worldwide receive 8 hours of Volunteer Time Off to give back to the communities where they live and work. From Denver to Amsterdam, watch this... 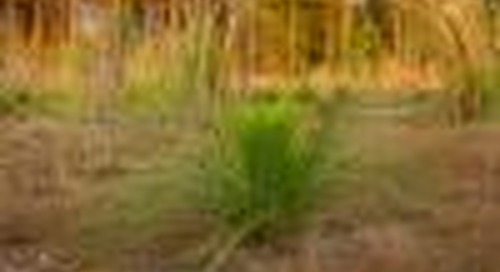 Content provided by The Longleaf Alliance SOURCE: Enviva DESCRIPTION:The longleaf pine tree has long played an important role in North Carolina. This diverse ecosystem is found over a significant... 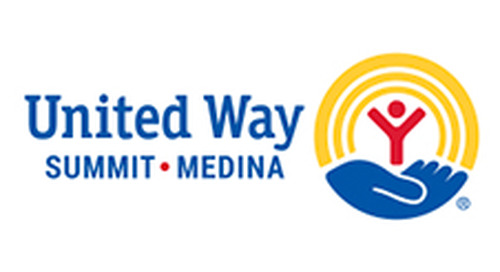 SOURCE: KeyBank DESCRIPTION:AKRON, Ohio, December 1, 2021 /3BL Media/ - The KeyBank Foundation is providing a $150,000 grant to United Way of Summit & Medina. The grant will provide support and... 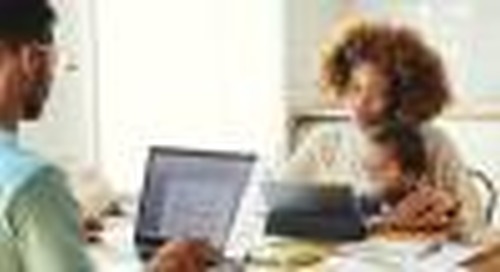 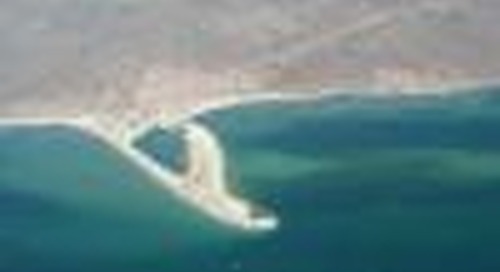 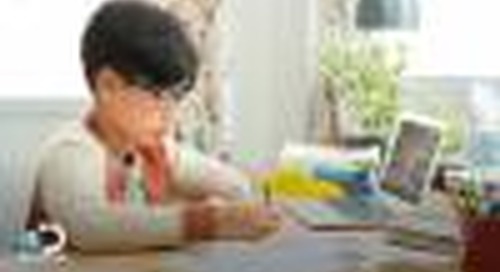 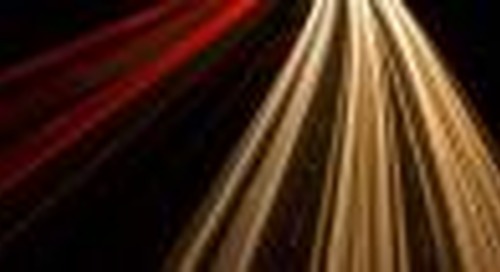 SOURCE: Cummins Inc. DESCRIPTION:Cummins Inc. is furthering its battery technology portfolio by entering into an agreement with the Sion Power Corporation, a leading developer of high-energy... 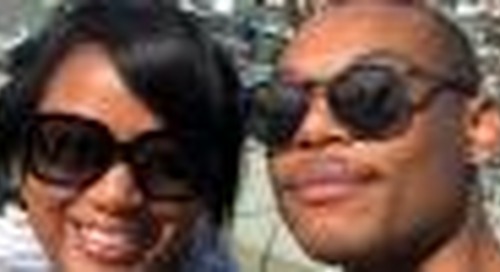 From Pause to Pride: A Mother's Journey

SOURCE: Biogen DESCRIPTION:Valencia Foster is a Senior Manager in Marketing and a Biogen employee of 18 years. Her son Miles came to her when he was 15 and told her he is bisexual. Valencia... 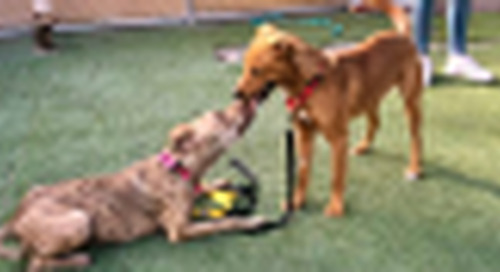 Giving Is Better Than Receiving 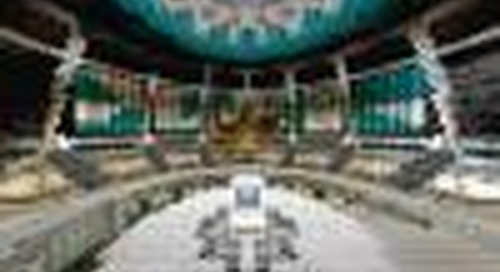 Creating a New World in Minecraft for Students to Explore

SOURCE: Merck & Co., Inc. DESCRIPTION:Our passion for invention isn’t limited to the health care industry and the patients we serve; it drives us to inspire the next generation of inventors. So,... 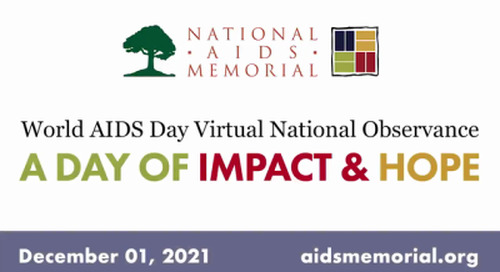 SOURCE: Gilead Sciences DESCRIPTION:We’re proud to be a presenting partner of National AIDS Memorial’s World AIDS Day events. Among the activities: A virtual observance and national forum with... 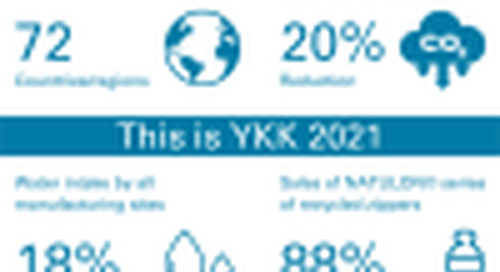 YKK’s 2021 integrated report showcases progress toward achievement of climate neutrality by 2050 SOURCE: 3BL Alerts DESCRIPTION:YKK Corporation has released “This is YKK 2021,” an integrated... 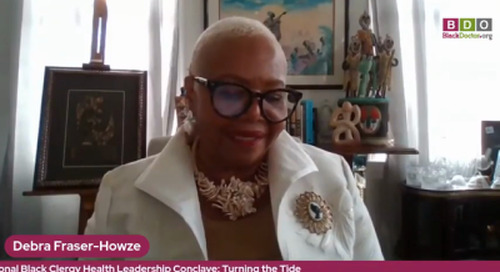 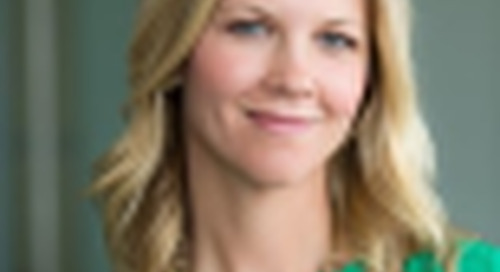 SOURCE: Alliance Data DESCRIPTION:“This Giving Tuesday Alliance Data is providing every associate a $50 charitable gift card to donate to a nonprofit of their choosing. Creating this opportunity...

Read Article
Johnson & Johnson Announces Significant Progress Towards Its Climate Goals - 100% Renewable Electricity for All Sites in the United States,