If you have attended the event in the past you already know about its unrivaled networking, and top quality content (speakers from the previous years include Chief Procurement and Sustainability Officers of companies such as Nestle, GlaxoSmithKline, L’Oreal, Coca-Cola Enterprises, and experts such as John Elkington, Andrew Winston and more – watch a best-of video from 2016 below).

2017 marking EcoVadis’ 10th anniversary, this year’s event will be particularly rich in top quality content, and surely our best edition to date.

1- Rock In A Free World: one special night to celebrate sustainability leaders

Organized in partnership with Made In A Free World, Rock In A Free World brings together artists and thought-leaders for one evening to inspire and celebrate leaders helping making the world a better place. Watch a video from last edition in New York:

Luis Cabeza deBaca is an American lawyer and diplomat who served in the Obama Administration as Ambassador-at-Large to Monitor and Combat Trafficking in Persons and as Director of the Department of Justice’s Office of Sex Offender Sentencing, Monitoring, Apprehending, Registering, and Tracking (SMART Office).

Foy Vance is a Northern Irish musician and singer-songwriter. Vance has toured as a support act to Elton John as well as British singer-songwriter Ed Sheeran. In August 2013 he released his second album, Joy of Nothing, which was met with universal critical praise, being called “a gorgeous collection of open, uplifting songs, which showcase [Vance’s] magnificent songwriting skills.”

through the voices of:

3- Get inspired and get involved in the “Breakthrough Challenge”

with a special keynote from John Elkington. John Elkington is a writer and thinker, a serial-entrepreneur and an ‘advisor from the future’. He is Co-Founder and Executive Chairman of Volans, a change agency, that aims to stretch leaders – towards “Breakthrough”; that is, to look beyond incremental change towards systemic challenges.

Hear insights from companies which are on the verge of innovation in supply chain-related ESG data, in a dedicated panel session with:
Heather Franzese – Executive Director, Good World Solutions
Justin Dillon – CEO, Made In A Free World
Antoine Heuty – CEO, Ulula

Over the past 10 years SustaIn has built a reputation for being a top notch networking occasion, gathering procurement and sustainability executives from Fortune 500 companies in Europe, North America and Asia.
Confirmed attendees include procurement and sustainability executives from companies such as L’Oreal, Dell, Bayer, DHL, Ferrero, ING, Sanofi, Solvay, Orange, Coty, Centrica, BNP Paribas, Deutsche Telekom and many more…

7- Stay on top of upcoming regulations and global issues

with topic-specific breakout sessions covering topics such as the upcoming ISO 20400 (with Jacques Schramm, Chairman of PC ISO 277), Human Rights in Chinese Businesses (with RH Sans Frontieres), a focus on French regulations and more…

with a session including awarded companies of the first EcoVadis Sustainability Leadership Awards, recognizing sustainability excellence among SMEs, globally.

a historical site in the heart of Paris, just a walk away from the Notre-Dame Cathedral, the Sorbonne and the Luxembourg Gardens.

Best known for his “Rap Guide” series of plays and albums, Baba has toured the world and enjoyed successful runs at the Edinburgh Fringe Festival and off-Broadway in New York. His Rap Guide to Evolution (“Astonishing and brilliant” NY Times) was featured on US national TV on The Rachel Maddow Show and at the Seattle Science Festival opening for Stephen Hawking. In 2014 the show enjoyed a sold-out week at the Sydney Opera House.

Baba tours and performs regularly and has spoken at several TEDx conferences and performed at the World Science Festival. His latest work “Rap Guide to Climate Chaos” premiered in Edinburgh in 2015, followed by a six month off-Broadway run in 2016.

12- Last but not least, get to meet the EcoVadis team

The EcoVadis team cannot wait to see you in Paris, on May 9-10.

SustaIn is an invite-only event and EcoVadis reserves the right to decline registrations. 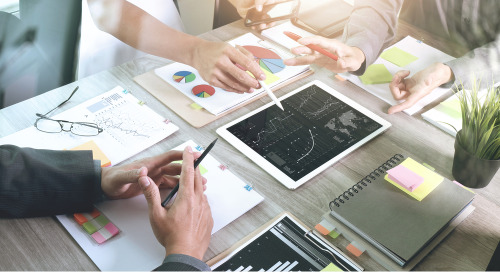 It is no secret that modern supply chains are increasingly exposed to risks that can result in increased op...

The EcoVadis platform can provide a wealth of information to support GRI reporting on responsible supply ch...