What will the sustainable business agenda look like in 2020? And, to take that question one step further, what will EcoVadis and its clients be doing then that they aren’t doing now? I have been wrestling with such questions in recent months—and was looking forward to a Eurostar trip to Paris, having been invited to speak at the 2015 EcoVadis SustaIN event—as an opportunity to think things through. But fate had other plans.

Indeed, getting to Paris proved much more complicated than I had imagined. Following a death on the rails, many Eurostar services were cancelled or delayed, so I finally got to Orly via a packed flight from Heathrow. The experience underscored just how full of surprises today’s world can be.

And talking the following day to chief purchasing officers and other supply chain experts at the EcoVadis event underscored just how complex their own agendas can be, even when things do run on rails. As globalization has exposed companies and brands to different challenges, the task has been getting steadily more complicated.

To test where the agenda might take EcoVadis and its growing client base, I facilitated a small private meeting with chief purchasing officers and supply chain executives from a number of companies partway through the conference. Among the organizations present were Alcatel-Lucent, Bombardier, Centrica, Credit Agricole, Deutsche Bahn and Nestlé. Some had used the EcoVadis platform for a while, while others were relatively new to it. But all agreed that it is uniquely valuable.

A spirited discussion began with the question whether there is a growing need for greater alignment between supply chain targets and the goals now being set internationally, for example by the European Commission and by the United Nations, including the Sustainable Development Goals due out in September and the COP21 targets likely to follow in December.

Participants had mixed reactions. Some felt that they were already doing enough, but even there we saw differences of opinion in terms of how publicly corporate and supply chain targets should be set—and over what timescales. Some supported going public with stretch, long-term targets, but others argued that the best way forward is to only promise what you know how to do—and even then to set short (e.g. 2-3 year) targets.

Current corporate target-setting approaches clearly differ widely, but some of the companies around the table admitted that they were still at a formative stage. Others indicated that they are moving to new levels of maturity. One said that it had recently gone through a process of shrinking an original total of 50 sustainability targets down to just 12. Others commented that an already difficult task is being made harder by the sheer number and diversity of standards.

One company spooled off a long list of reference points it tracks, including the Dow Jones Sustainability Indexes, CDP, the UN Global Compact, the Global Reporting Initiative G4 guidelines and the International Integrated Reporting Council’s work, plus France’s Grenelle Environnement initiative. Each standard is helpful, in its way, but the combination can be mind numbing when formulating SMART targets for buyers, suppliers and contractors.

By the end of the session, during which people had begun to wonder what a breakthrough outcome might look like for EcoVadis itself, three key priorities had emerged and were confirmed with the group.

To reach its full potential, EcoVadis must do more to integrate the work of other initiatives into its offerings. This has already begun with initiatives like CDP, but there is a huge opportunity to converge and consolidate the space, to boil down “15 [maybe it’s more like 50?] CSR scorecards into one.”

There is a growing need for new types of benchmark to help companies set and align their corporate and supply chain targets—and to test their progress against the best players in their sector or branches, and against best practice anywhere.

And there was general agreement that more would need to be done to communicate the value of what EcoVadis does, on behalf of the whole business ecosystem.

EcoVadis noted later that it is hard at work on all of these areas. But one question that surfaced in the session, but was only partly answered, was: How does EcoVadis see the role of platform users in evolving the methodology? Are clients invited to suggest ways to improve the processes and tools, and to recommend new areas of application? Or is this a closed, black-box system? The EcoVadis team pointed to the consultative approach used to build in recent improvements in such areas as conflict minerals and anti-corruption, but some users would clearly appreciate greater clarity on this point.

As I moved between sessions in different parts of the Palais Brongniart, which once housed the Paris Stock Exchange, or Bourse, I took a closer look at the exhibition on the history of both the Bourse and the building. It was particularly intriguing to stand by the pile of sand marking the spot where open outcry trading was once done.

The original stockbrokers were called agents de change, whereas these days we use the phrase change agents in a very different context. In the end, though, open outcry gave way to fully automated trading. And the globalization of the stock exchange business was marked by the launch of the Euronext alliance of several European stock exchanges, also housed in the Palais Brongniart.

As I walked down the steps outside to head to the Gare du Nord, I reflected that a key part of tomorrow’s challenge will be to ensure that business performance across the triple bottom line is tracked and valued by financial markets, whether the work is done by humans or machines.

Emailing later with EcoVadis vice-president of research, Sylvain Guyoton, I was struck by his views on the balance between financial and wider commercial factors in change. He thinks that the time could well come when, “the financial community will claim that 100% of assets under management integrate ESG factors—and yet we will still be marching towards the edge of the cliff. In my opinion, the very heart of capitalism is not the financial relationships between investors and companies, but the commercial relationships between consumers and companies, and between companies themselves. The transactions in which we have to integrate sustainability factors are not so much the financial transactions but the commercial transactions, the real bloodstream of the economy.”

I think, once again, it’s going to be a matter of both/and. Getting the old-style open outcry traders to consider the complexities of the sustainability agenda would clearly have been virtually impossible. But maybe the automation of trading now gives us an historic opportunity to use novel algorithms and Big Data tools to integrate the EcoVadis agenda into the very heart of tomorrow’s capitalism? A possible theme for SustaIN 2016?

John Elkington is a member of the EcoVadis Advisory Board. He is co-founder and Executive Chairman of Volans and also co-founded SustainAbility (where he is Honorary Chairman) and Environmental Data Services (ENDS). His latest book, The Breakthrough Challenge: 10 Ways to Connect Today’s Profits With Tomorrow’s Bottom Line, is co-authored with Jochen Zeitz and published by Jossey-Bass. He tweets as @volansjohn. 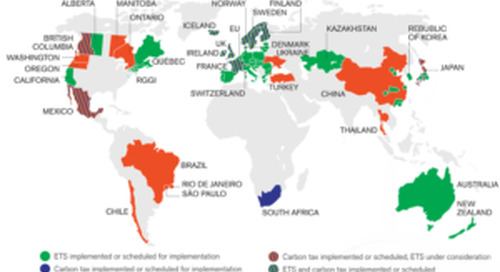 This December, the 21st annual Conference of Parties to the Kyoto Protocol, or COP21, will take place just ... 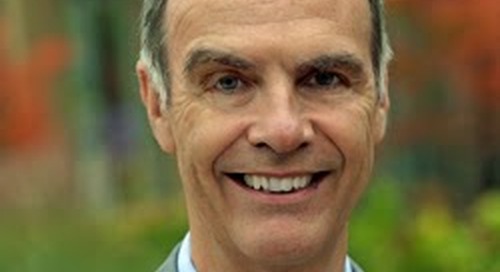 IACCM CEO and Founder Tim Cummins took part as guest speaker in EcoVadis SustaIN 2015 on March 3rd, on a ke...