Every year, June 5 is celebrated as the World Environment Day. An initiative launched by the United Nations in 1974 to combat problems related to environmental degradation, the event is hosted by a different country every year and features a different theme. This year, the main celebrations take place in China and the world’s attention is drawn to what we should do to #BeatAirPollution.

The event organizers stress that approximately 7 million people worldwide die prematurely each year from air pollution, with about 4 million of these deaths occurring in Asia-Pacific. World Environment Day 2019 will urge governments, industry, communities, and individuals to come together to explore renewable energy and green technologies, and improve air quality in cities and regions across the world.

So, let’s take a look China’s air pollution problem and how it may be impacting global supply chains.

China tops the World Health Organization index on air pollution. As many as 2,700 Chinese die because of air pollution every day compared to 640 Europeans and 250 Americans (WHO data 2013). It is not surprising that the nation decided to act on that and launched a massive campaign, which is seeing, along with other measures, temporary closures of factories that exceed emission limits. This, however, is leading to supply chain disruptions felt among many brands in Europe and America. 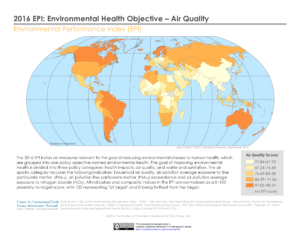 Cleanair’s “China Air 2016 Report” found that in 2015 alone, 1.77 million companies were inspected, 191,000 of them were permanently closed and 34,000 of them were temporarily closed because they have exceeded their emission limits. 89,000 companies were required to make significant environmental improvements within a specified time frame. A recent QIMA Report shows that 18,000 Chinese companies have been hit hard. Delivery times have doubled for some factories. It is striking that the Chinese companies affected are more likely to be tier-2 and tier-3 suppliers of major international brands.

So, what has been done so far?

Clean air act. Among the 10 measures announced to remediate the country’s air, a 30 percent reduction target for emissions from highly polluting industries has been set for the end of 2017.

The adoption of the new Environmental Protection Act has speeded up inspections of factories and power plants to ensure that thousands of companies do not violate emissions laws. Fines against polluting companies are increased and monitoring improved. With 1500 stations in more than 900 cities, China has the largest real-time air quality monitoring in the world (1000 stations for the entire European Union and 700 for the United States). The January 2015 act also calls on citizens to participate in the control of polluting companies and encourages NGOs to initiate public interest lawsuits, the environment being the subject where the interests of the government and the population converge.

The new objective announced at the last Communist Party congress is to reduce the concentration of fine and dangerous particles (PM2.5) from 47 micrograms per cubic meter in 2016 to 35 micrograms by 2035. While this target is logically lower than the WHO recommended values (10 micrograms/m3 annual average), it is very ambitious. For greater efficiency, while the monitoring of corporate emissions remains the responsibility of the “environmental bureau”, the monitoring will now be carried out by the tax services. They are powerful entities supported by strong laws that, when violated, are generally subject to aggressive local enforcement. New Chinese sites should logically be impacted.

Chinese government released a three-year action plan for tackling air pollution, which sets up targets for improving the air quality of the country by 2020. The Plan focuses more on controlling ozone than the previous action plan by adding specific targets not only for nitrogen oxides, but also for volatile organic compounds (VOCs). Ozone is created when VOCs react with nitrogen oxides. By 2020, VOCs are targeted to decrease by 10 percent compared with 2015. In addition, the plan introduces changes to how the country’s regions have been divided.

In less than 20 years, China has become the world’s second largest economic power. It is now having to pay a price for this impressive economic development, which happened without environmental protection measures. But in this aspect, too, it is making strides.

To put the progress the country has made in perspective, it’s useful to look at the severe pollution levels in many American cities in the 1950s and 1960s, especially in the Rust Belt.

The U.S. Clean Air Act resulted in in a 20-percent decrease in air pollution four years after its enactment in 1970. But it took over a decade and the 1981-1982 recession for the the U.S. to see the 32-percent decrease China has noted in just four years.

In addition, the Chinese are becoming increasingly aware of environmental problems and are putting more and more pressure on their government to not only take punitive actions against companies guilty of pollution but also to make public information about these offending companies. China, caught between its accelerated economic development and the construction of an image of a “responsible” country, is today at a crossroads. We can only hope that Asian countries will be able to transform their environmental challenges into opportunities to contribute globally to a more sustainable environment.

At EcoVadis we assess environmental performance of businesses around the world and air pollution is included in three of the nine evaluation criteria under the environment theme covering greenhouse gas (GHG) emissions, emissions of pollutants other than GHG (carbon monoxide, sulphur dioxide, etc.), and emissions of fine particulate matter. Each assessed company is required to provide proof of established environmental policies, implemented measures and monitoring in quantitative reporting. 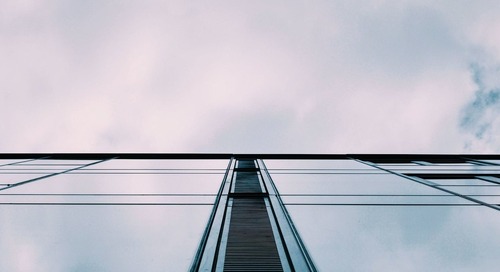 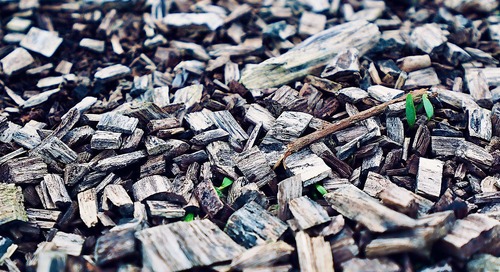