With the ink barely dry on the COP21 agreement, the conversation immediately turns to next steps: How do we take action?  COP21 was formally about governments and countries making commitments, and also contained vibrant dialog from the private sector on topics such as the opportunity in sustainable procurement. For these to come to fruition, it will be a long process within each country including lawmaking, advocating, and lobbying to get the mechanisms in place to ensure actions are taken – not only by governments but perhaps more importantly in the business/private-sector arena — to make good on those commitments.

Some evidence of actions were already emerging before COP concluded: For example the world’s most powerful leaders such as President Barack Obama,  and Chancellor Angela Merkel, and President François Hollande, amongst others, have shown their engagement towards re-invigorating and accelerating global clean energy innovation with the objective to make clean energy widely affordable through the initiative.

Cities are acting also.The Covenant of Mayors, which is a movement of local and regional authorities who voluntarily commit to increase energy efficiency and the use of renewable energy sources on their territories, has gathered over 6,500 cities and towns in 55 countries in 5 continents.

But many forward-looking businesses are not waiting for their countries or local governments to make laws or provide incentives. They are already committing: Thousands of businesses have stepped up to set public targets, some in the form of general climate pledges, but others are setting more specific goals.

For example: CDP reports that six businesses including Royal KPN and Goldman Sachs have committed to be 100% reduction in greenhouse gas (GHG) emissions by 2020 and 13 businesses (including IKEA and SGS) have committed to use 100% renewable power by 2020. Overall, CDP reports 87 companies have set goals to reduce their GHG emissions by 80-100%, or to procure 100% of their power from renewable sources, including Google, Infosys and Broad Group.

Some businesses are making sector-specific commitments: Some 14 of the world’s largest food companies (Unilever, Nestlé, The Coca-Cola Company etc) have signed the Ceres Accelerating Change commitment to ensure a more sustainable supply chain. In another example, RE100is a collaborative initiative of 40 influential businesses (Swiss Re, Adobe, H&M, Johnson & Johnson amongst others) which committed to 100% renewable electricity, working to massively increase corporate demand for renewable energy.

NAZCA, and organization that tracks such commitments, reports that over 4000 entities including 2034 private-sector companies have now pledged sustainability and climate-impact reduction commitments on the Climate Action website. Most major industry sectors are present, with Materials and Transportation leading the list with over 250 companies each, as well as Manufacturing industries, Pharma, Telecom, Consumer goods, and a dozen others. For example, The Cement Sustainability Initiative, which is a global effort by 26 major cement producers with operations in more than 100 countries, has as aim to reduce CO2 emissions from cement production pand report annually on progress including independent third party assurance. Alongside this are efforts from the rail industry with their railsponsible initiative, and others.

These companies and industries are setting a leadership example in corporate world by moving ahead with these commitments towards building a greener future. Is your company making commitments and taking action to help stop climate change in your supply chain as well as your direct operations? Let us know in the comments…

Learn more how others are delivering on their supply chain commitments:Contact us here. 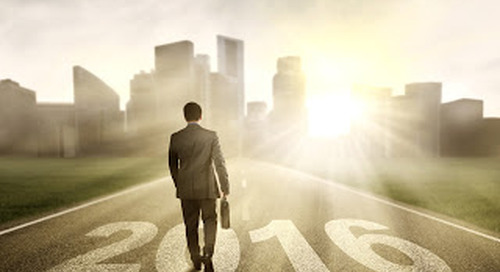 Sustainable Procurement Milestones in 2015, And How We Can Carry The Momentum Into 2016

With 2015 now in the rear-view mirror, we can take stock of it as a year full of commitments, goals and gui... 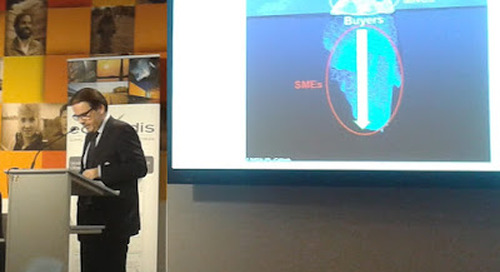