As we prepare for to celebrate the 5th year anniversary of EcoVadis, I am reflecting back on the accomplishments and remaining challenges.

Could we imagine in 2007, when climate change was the feature story across main stream magazine covers following the release of Al Gore’s Inconvenient Truth, that five years later not much would have been done to address the topic? Or worse, as the economic crisis has taken the main stage in everyone’s mind that we are in complete denial of the topic?

In 2007 many saw Corporate Social Responsibility (CSR) as a “luxury” pushed by the rich Western world to slow down the “poor” emerging countries. The reality is that after four years of global economic crisis and turmoil and even as the eurozone is preparing for “Grexit” (Greek exit) things have drastically changed. Better social practices are now being imposed in China, not to please the “western consumer”, but as a result of on the ground strikes and pressure from workers. According to the latest MIT/BCG study, Asian and Latin American countries now have the fastest growing sustainability practices and we see companies such as Samsung topping the DJSI index.

One of the best surprises was from Sustainable Procurement movement which was one of the sustainability initiatives the least affected by the economic crisis. What was mostly known in 2007 as “ethical sourcing, focusing only on social issues and considered to be uniquely applicable to a few retail, textile, and food companies, has blossomed into a multifaceted “sustainable procurement” approach which touches all dimensions of the sustainability agenda. Avoidance of child labor was the biggest driver of 2007 initiatives whereas resource depletion and sustainability innovation are now the main focus of 2012.

What was then an area limited to a few niche experts has now developed into a real function, and today it is difficult to find a Global 2000 company without a dedicated Sustainable Supply Chain, Responsible Purchasing or Sustainable Procurement manager.

We also observed a real mainstreaming of sustainable procurement practices across sectors. Implementation has moved beyond the early adopters (Textiles, Food and Telecom) and sectors as diverse as Oil & Gas, Pharmaceutical and Automotive have realized that they are also facing unique sustainability challenges in their supply chains that require strategic attention.

The road is still long to ensure full adoption within F2000 companies, as many of them are still barely scratching the surface of their supply base of 50,000+ suppliers. And beyond very large companies, adoption by small and medium size companies is even further away.
And still, as regulations and global environmental agreements continue to be stalled, I believe that Sustainable Procurement is a keystone in advancing widespread sustainability as it is now one of the most quickly advancing sustainability topics, and is providing a necessary gateway to disseminate CSR practices throughout small and medium size enterprises (SMEs).

From a three-person team developing slide-ware in a Parisian flat (we’re not allowed to work in garages here) to a global team of 65 experts engaging with 10,000 suppliers in 90+ countries through a sophisticated IT platform, the growth of EcoVadis has been astonishing.

The first years were difficult as our innovative model of Sustainability Ratings was faced with skepticism by many purchasing directors which were used to traditional on-site social audits. We also were struggling to find a business model which would allow us to support wide scale deployments while coping with the budgetary constraints associated to CSR (which we discovered were inversely proportional to the size of CSR reports).

But thanks to the trust and appetite for innovation of a few early adopters (Axa, Bouygues Telecom, Alstom), the vision and expertise of our Scientific Committee, and the hard work of a very passionate team, we’ve been able to demonstrate that our innovative approach to suppliers CSR assessments was able to yield much better results not only just in terms of process efficiency and reliability, but also in terms of supplier and employee engagement.

What was seen as anecdotal at the very beginning is now daily bread: suppliers are using EcoVadis assessments to fuel change and CSR improvements within their company. Analysts have the pleasure to witness concrete changes assessment after assessment. EcoVadis now bears a huge responsibility that can only be addressed by continuously developing a high quality team, process and IT platform.

What was seen as an uncommon exercise is now a best practice: Evaluation of CSR management systems is now used as a main driver to instill change with suppliers, combining site audit reports but also other evidence of a robust management system into a clear performance rating.

EcoVadis has been successful in helping companies to scale up Sustainable Procurement initiatives, pushing 1000’s of companies to start measuring and improving their social and environmental footprint. But as the new book, Zeronauts, by John Elkington reminds us: gradual improvements are not sufficient, and only radical changes to allow companies to reach ”zero” impacts will allow us to address the formidable challenges our world is facing.

I am confident that the next five years of EcoVadis will be even more exciting than the past five, as we will we look for ways to contribute to this paradigm change.

How I Became a ZEROphile

I’d sworn off reading on Management and CSR the moment I graduated from BSchool. Life’s too short – I shoul... 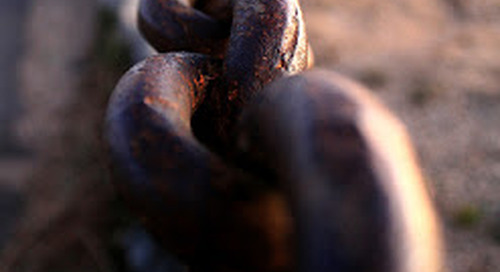