As the first Conflict Minerals reports (SD form) are due at the latest by May 31st 2014 as per mandatory S.E.C disclosure requirements, publicly listed companies in the U.S. have jumped on the bandwagon and started reporting publicly on their approaches and commitments towards conflict minerals due diligence. While the S.E.C rule is still being challenged in court and exposed to criticisms, there is still compelling evidence of a global momentum towards transparency, reinforced by the recently proposed regulatory frameworks both in the E.U. and Canada.

As shown in the last Enough Project’s Conflict Minerals Company Rankings, some companies in the electronics sector are making progress in eliminating conflict minerals from their supply chains. In January of this year, Intel announced its manufacturing of the world’s first ‘conflict free’ processors. It was followed by Apple announcing that all active, identified tantalum smelters in its supply chain were validated as conflict-free by third-party auditors. Reporting on conflict minerals is, however, still in its infancy, especially for companies not targeted by the U.S. rule as shown in ‘Conflict Due Diligence by European Companies’, a November 2013 report from SOMO. More importantly, the report also showed that 21% of the European companies sampled having S.E.C reporting obligations still made no mention of the issue.

An appeal from the National Association of Manufacturers, the U.S. Chamber of Commerce, and the Business Roundtable against the ruling is still pending after the S.E.C dismissed the legal action in July 2013. Those staunch opponents mainly criticize the lack of accurate cost/benefit analysis. However, as shown by the recent regulatory moves in the European Union and Canada, it is expected that the situation has reached a point of no return.

New regulatory developments in the E.U. and Canada

In March 5th 2014, the European Commission published a Draft Regulation supporting a due diligence self-certification. The proposed scheme, addressed specifically to importers this time, is voluntary and covers 3TGs, similarly to the S.E.C rule. The certification covers “obligations relating to management systems, risk management, third-party audits” and a grievance mechanism must be established. Companies will be asked to report on their supply chain due diligence policies and practices for responsible sourcing on the internet and on an annual basis. The proposed rule is not mandatory, however, and is therefore not as stringent as its U.S. counterpart. For example, a company will only face non-recognition of its responsible importer certificate if no remedial action after an E.U. member state identified an infringement of the regulation. An interesting aspect is that the rule would not be restricted to the RDC and its adjoining countries but would span over all conflict-affected and high-risk areas countries (e.g. Indonesia, Venezuela).

If the Conflict Minerals Act (Bill C-486) passes in Canada, companies and their subsidiaries would have to file an annual, audited review of their supply chain practices with the federal government which would then make the statements publicly available. There is no specific enforcement provision in the bill, but all public and private companies incorporated in Canada would be required to publish their due diligence practices.

To conclude, it appears that the two newly proposed frameworks represent only a weaker, non-enforceable version of the S.E.C. reporting rule. The underlying goal is probably to increase public scrutiny again and ultimately set a standard to differentiate leading transparent, responsible companies from laggards. According to the previously cited SOMO study, only 13% of the European publicly listed companies mentioned in the study and not directly affected by Dodd Frank 1502 have a statement on their website, whereas 87 per cent do not. At least, it is expected the upcoming regulations will drive some efforts towards better conflict minerals due diligence approaches and related transparency. Still a long way to go.

This article was written by Simon Gargonne, Senior CSR Analyst at EcoVadis. Find him on LinkedIn. 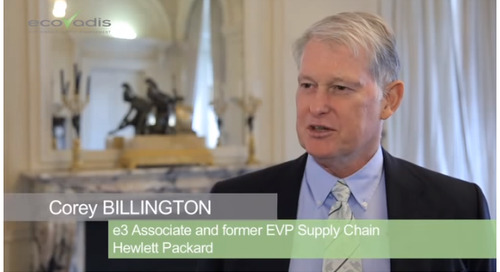 For its 2014 Client Committee EcoVadis had the pleasure to welcome Corey Billington, a pioneer in the field... 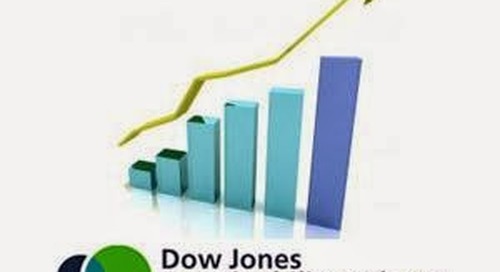 How to answer the DJSI Supply Chain questionnaire

In recent years stakeholders have become increasingly demanding regarding the transparency of corporate sus...