Home » Blog » How I Became a ZEROphile
× Share this Article

How I Became a ZEROphile

I’d sworn off reading on Management and CSR the moment I graduated from BSchool. Life’s too short – I should be catching up on ‘genuine’ literature.

So when Pierre-François Thaler, co-founder of EcoVadis, told me that for the company’s 5th anniversary, we’d be handing out John Elkington’s latest book on Sustainability, I let slip a little frown of disapproval.

At the celebration party, after downing a few glasses of champagne, I ended up grabbing a copy of “The Zeronauts”. I must confess I was first attracted by the stylish black and white illustrations, and then I was seduced by just reading the first page. Unable to put the book down, I surrendered and immersed myself in it for a week. At the end, I decided to write a review – not to encourage but to urge others to read it. (…) Don’t miss this gem. Life is too short.

John Elkington – for four decades, a reporter (17 books) and a perpetrator (cofounded three companies) of sustainability initiatives – refuses to be a doomsday prophet. He does not depress us with the alarming condition of our biosphere nor with gloomy instances of how some corporations destroy biodiversity. He has done it 15 years ago in “Cannibals with Forks”. However, he can’t avoid presenting what’s at stake: that we cannot continue to sustain our consumerist dreams, and hope to live till 100 years old, while the population hits nine billion. Consequently if we don’t want climate change to bring an end to our civilization, then the carbon intensity of every dollar of output must be at least 130 times lower in 2050. Oops! From there, John postulates three scenarios. “Breakdown”: no thanks. “Change-As-Usual”: not good enough. So we are left with “Breakthrough”. Unfortunately we have problems getting our act together. Thank God, this is what The Zeronauts is about: a call to action.

John has no lack of words to describe the mobilization level necessary to overturn climate change: a change of paradigm; a transformational systemic change; a redefinition of value; a civilizational change movement; a transformative system change and last but not the least, a cultural revolution. By looking at the current political landscape, millions of people would probably drop the word ‘Cultural’ and impel straight to ‘Revolution’. But the author of “The Green Capitalists“, does not venture outside of free market economy. Yet, it is clear to him that conventional capitalism – which resembles more and more like a giant Ponzi scheme – won’t succeed. Nor will traditional CSR, described as scarcely transformative and seen as a mere social lubrication. Au passage, John is gracious enough to remind us that civilizations die from suicide, not by murder.

The Zeronauts’ biggest value is that it reveals how to ignite the forces of change: one, set a super ambitious target – sufficient to cure our carbon addiction – and two, place our society in a continuous improvement cycle. A zero carbon goal – not minus 5 or 10 percent but Zero – is the most serious prospect if we want to escape from collapse. Zero is infinity, but an infinite that we can grasp; a clear mental landing platform that appears reachable. And Zero is also a journey – like the detoxification journey prescribed by Elkington for our Citizens, Corporations, Cities, Countries and finally, our Civilization. Mankind has no other choice but to follow in the footsteps of the Coca-cola drink: from Normal to Light to now, Zero.

To attain the Zero barrier – the way pilots and technologists broke through the sound barrier – John invents the Zeronauts. They are the cosmonauts of our climate challenge; the guardians of the revolution towards a zero carbon economy. Elkington’s latest work takes you around the globe, showcasing the most inspiring Zeronauts – from Jerry Linenger (former Astronaut), Shai Agassi (Better Place), Paul Tebo (former Dupont), to the deceased Ray Anderson (Interface). Fasten your seatbelt for a 250-page voyage exhibiting a future already at work. You might have your own tiny Eureka moments: with the book slipping off your hands while going into severe cogitation. Inevitably you will find yourself daydreaming about becoming a Zeronaut, like when you dreamed of being an astronaut at age seven.

Let’s hope that the leap to Zero impact turns into a gold rush. Amory Lovins, president of the Rocky Mountain Institute, thinks that protecting earth climate will not require a trade-off between the environment and the economy. Using energy more efficiently could instead lead to an economic bonanza, leaving us in a win-win situation. Economists argue that if it were the case, it would have been done already. Luckily they are often wrong. So what are we waiting for? Now is the time to wear our helmets and smash the Zero glass ceiling. Life is definitively too short.

This article was written by Sylvain Guyoton, Vice-President of Services at EcoVadis.
You can follow him on twitter at @sguyoton

Why bother with the correlation between CSR and financial performance…?

…because there is one! The link between CSR and financial performance has been an issue at the core of its ... 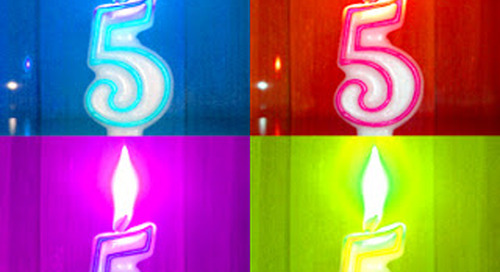 As we prepare for to celebrate the 5th year anniversary of EcoVadis, I am reflecting back on the accomplish...