=
Home » Blog » Human Trafficking and Modern Slavery: Are You Measuring the Risks in Your Supply Chain?
× Share this Article

Human trafficking, essentially modern slavery, happens all around the world, even in developed countries such as the United States, and poses risks to companies across all industries. At the same time, however, businesses are in a unique position to help eradicate human rights violations, improve millions of lives globally and protect their operations by implementing sustainability collaborative platforms.

“Human rights abuses are not rare exceptions – they are endemic, fueled by rising inequalities and the ready supply of vulnerable migrant labour, throughout society, business and supply chains, both in the developed and the developing world,” says Rosey Hurst, founder and CEO of Impactt, a UK-based ethical trade consultancy.

Agriculture, food and beverage processing, manufacturing and construction are sectors that are especially prone to violations and corruption. To illustrate the scale and reach of human rights abuses, the U.S. Department of Labor has identified 139 goods from 75 countries most likely made by forced and child labour.

The summary is partially in line with EcoVadis Global CSR Risk and Performance Index, published in September. The index found a higher incidence of human trafficking and forced labour in light manufacturing, food and beverage, transportation and construction, compared with other industries. The score for some of those groups was below the global average in 2016.

Human trafficking victims often suffer from unsanitary and overcrowded living and working conditions, nominal or no pay as well as debt bondage. Traffickers use a wide range of methods to keep their victims enslaved, including threats of violence against them and their families or turning them to the authorities for deportation.

Human rights violations are particularly widespread among migrants. The Global Reporting Initiative attributes the increase in human trafficking risks to the migration from conflict zones to neighbouring countries that are more stable, warning business to pay extra attention to supply chains in those regions. For instance, in Turkey, partly due to widespread bribery among lower-ranked officials, an undetermined number of Syrian refugees are working in textile workshops, where child labour, poor working conditions and low wages are commonplace.

Experts behind the U.S. Department of State’s Trafficking in Persons report noted a correlation between economic freedom and human trafficking and pointed to the different country categories used by the Department: States that do not promote economic freedom have a higher risk of generating human trafficking. There’s no single cause behind it, but a combination of factors, including ineffective law enforcement and non-independent judiciary, foster an environment where modern slavery persists without strong repercussions.

Human trafficking is the third most profitable criminal activity, with estimated annual revenue of $9.5 billion, according to the U.S. Department of Justice. A recent report by Alliance stated, meanwhile, that more than 40 million people had been caught up in the grip of modern slavery and human trafficking in 2016. This alarming figure was a wake-up call to the global community, which through the adoption of the 2030 Sustainable Development Goals, has committed to end modern slavery and human trafficking by the year 2030.

Meanwhile, companies based in countries with far-reaching slavery laws, such as the UK Modern Slavery Act, are obliged to conduct extensive due diligence of partners in risky regions, increase transparency in their supply chains and dedicate resources to resolve existing slavery incidents. Failure to comply with those requirements could lead to serious repercussions including criminal liability of company directors.

In addition, the latest EcoVadis Barometer indicates increased awareness of human rights issues among procurement executives at large multinationals. Now they just need to act. With focused analysis, big data and advanced technology businesses can identify risks hidden deep in their supply chains and address them before they take a major toll on their operations. 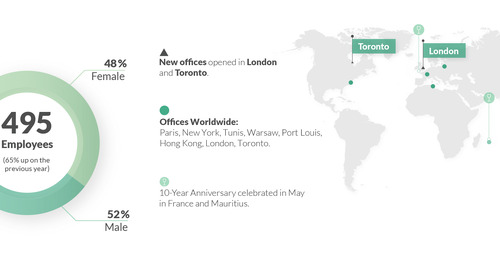 2017 in Review: The Year of Coming of Age, Collaboration and Empowerment

A few weeks into 2018, with the end-of-year frenzy well enough behind us, it is a good time to reflect on t... 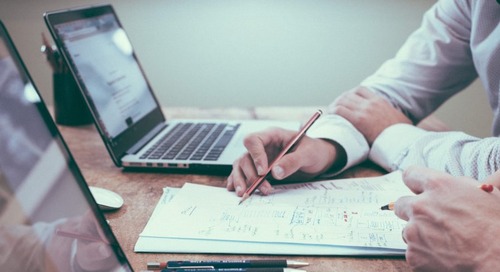 Sector collaboration on sustainability accelerates, as a sixth industry creates an initiative with EcoVadis

The launch of the Responsible Beauty Initiative demonstrates a strong trend in pre-competitive collaboratio...