Hello readers! We’re checking in to update you with recent stories and notable achievements in the world of EcoVadis. A lot has happened already in 2016, including the continued expansion of our customer base and the establishment of the EcoVadis Official Consulting Partner Network. We’re excited to see sustainable procurement gaining momentum and driving positive change in supplier sustainability and CSR practices worldwide.

Accelerating growth with large and multinational customers
Among the 16 global multinational customers added since January are two top-10 European telecom operators, a top-15 pharmaceutical player, a top-5 automaker, and a global packaging leader. In addition, 16 new customers have signed on to our new Corporate Group Manager subscription level, allowing groups to centralize and manage scorecard sharing requests across multiple subsidiaries within a group with a single sign-on and dashboard.

Becoming a de facto standard and driving transparency
Our mission to improve CSR and sustainability practices is moving forward with pace and the EcoVadis rating remains the go-to standard in supply chain sustainability. Customers using EcoVadis’ sustainable procurement solution are inviting suppliers to be assessed and share their CSR scorecards at a record run-rate, that surpassed 3,000 in May. In addition, over 73% of suppliers with the EcoVadis Premium subscription now share their EcoVadis scorecard outside the network, which demonstrates the leverage suppliers have with an independent, globally recognized rating. EcoVadis ratings also continue to drive transparency, with many companies publicly communicating about their CSR rating.

Increasing satisfaction from our customers
We are proud to report that customer satisfaction continues to increase, with results of our periodic survey of our clients’ sustainable procurement project managers indicating a 94% satisfaction rate. Satisfaction levels of suppliers who have completed an evaluation has also increased to 85%, 3 percentage points over the previous two-year average.

Official partner network established for consultants and trainers
We are excited about the establishment of the EcoVadis Official Consulting Partner Network, which provides suppliers with training and consulting to improve their CSR and sustainability practices. Partners are selected based on their relevant skillsets and alignment with EcoVadis’ mission. They are trained in the EcoVadis methodology and are now available in three countries: EY France (who began offering trainings last Fall), DFGE in Germany, and Brown-Flynn in the US.
We already have encouraging data and success stories from suppliers who have engaged Official Consulting Partner EY France. In particular, we are able to report an 11-point average improvement in EcoVadis Score upon re-assessment for five suppliers who were trained by EY France. We are thrilled to witness such significant improvements and give our sincere congratulations to these suppliers for their engagement and CSR/sustainability achievements!
New white papers and cases
The third in the “Supply Chain Risk and Solutions” white paper series will be launched within days. See the whole series here. We also released a report on Together for Sustainability’s (TfS) sustainability impact in the chemical industry, an exploration of due diligence in Chinese supply chains in the wake of the Tianjin disaster, and an updated guidance for the DJSI questionnaire designed to help CSR and procurement professionals respond to the DJSI assessment and leverage EcoVadis’ platform data. 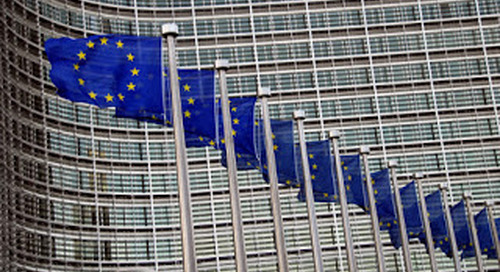 How Can Companies Adapt To The EU Directive On Non-Financial Reporting? 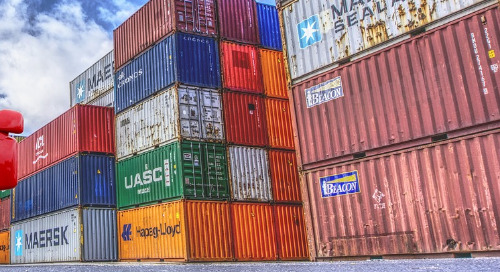