Nestlé announced on Friday that they would stop purchasing Palm oil from Indonesian supplier Sinar Mas. Switzerland’s Nestle, which uses the edible oil in its food products such as KitKat bars, said it had replaced Sinar Mas with another supplier for further shipments after conducting its own investigations into its palm oil supply chain.

Nestle’s announcement came just 2 days after Greenpeace released a report on Wednesday (including a very aggressive video) which looked into how the company was sourcing palm oil.

Nestlé followed moves by Unilever, which canceled its $30 million contract with Sinar Mas at the end of last year, and Kraft.
This story is very interesting as :
– It demonstrates the power activists get through social medias: The protest might have fallen flat if Nestlé had ignored it. Instead, forced YouTube to delete the GreenPeace video (“This video is no longer available due to a copyright claim by Société des Produits Nestlé S.A. ») which quickly re-posted it to Vimeo.com and let the world know via Twitter. Nestlé also tried to prevent users on it’s Facebook fan page to use the fake « Kit Kat » logo which generated a huge backlash.
– It also proves how corporations are becoming reactive to Sustainable Supply Chain issues. It is very impressive to see a Company like Nestlé deciding in 2 days to stop buying from a supplier (we don’t know what percentage of the 320,000 tons of palm oil purchased by Nestlé are supplied by Sinar Mas but it’s certainly significant). The supply chain and purchasing impact of this supplier change are major.

– It also raises questions about the future. What will Nestlé do, to reach its target of 100% Sustainable Palm Oil by 2015. GreenPeace is already accusing Nestlé of Purchasing palm oil from Cargill, and IOI…who are themselves purchasing from Sinar Mas.

P&G announces the launch of the Supplier Environmental Sustainability Scorecard

P&G announced on May 12, 2010 the launch of the Supplier Environmental Sustainability Scorecard and rating ... 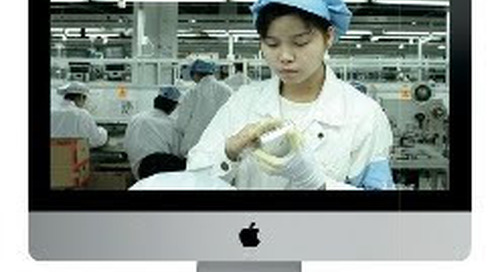 A Taiwanese manufacturer that makes LCD screens and components for tech giants like Apple confirmed Thursda...