The objective for the US President is to lead by example: “We’re making clear that American tax dollars must never, ever be used to support the trafficking of human beings,” Obama said.  The executive order stands for all contracting work for more than $500,000 that is performed abroad and requires federal contractors and subcontractors to have compliance procedures in place.

The level of leadership taken by the US president has been done after the California Transparency in Supply Chain Act came into effect on January 1st, 2012 and the Dodd-Frank Section 1502 on conflict minerals have been formally implemented on August 22, 2012. While the order is restricted to federal contractors, expanding the existing trafficking regulation in place in California to a federal level has already been suggested by Congresswoman Carolyn Maloney (D-N.Y.) when she introduced a similar bill on August 1st, 2011, the Business Transparency on Trafficking and Slavery Act.

Considering the insistent partisan gridlock occurring within the US, there is a risk that this commitment from President Obama will associate Corporate Social Responsibility and sustainable procurement only with the Democratic party. As recently outlined by David Brooks, the political background and association of Al Gore to the topic of global warming and environmental, social and governance (ESG) issues has been put in a political framing when it should not be.

Regardless of who is elected in the 2012 presidential election the issue of human trafficking and slavery needs to be addressed. The US State Department estimates that between 14,500 and 17,500 people are trafficked to the US every year and the ILO estimates that 2.4 million humans are trapped in forced labor as a result of human trafficking. Slavery and employment of children in the supply chain should be regarded as unacceptable to both GOP members as Democrats alike.

Of course, from a laissez-faire perspective the type of federal legislation proposed by Congresswoman Maloney could be seen as stifling economic activity. It would require resources from management and extra administrative work, an additional burden on US companies which could be especially harmful  during a period where reducing costs and increasing productivity is critical to maintaining a competitive advantage.  That being said, sustainability is about long term perspective, and in a world of global trade without global governance, legislation or court, there is a need for leading countries to raise the bar.

As a country which prides itself on innovation and leadership – this is an opportunity for the United States to uphold those principals on a global scale.

The influence of such legislation would go beyond borders. Several European companies have asked EcoVadis help them figure out how the California Transparency in Supply Chains Act will impact them. This indicates that the legislation from one US state, albeit a state which is on the cutting-edge (“As California goes, so goes the Nation”), is influencing companies around the globe to adopt practices which ensure human trafficking is not within their supply chains. Why? To be sure their company continues to have access and maintain positive commercial relationships within the important American market.

As a consequence, regulation which restricts one country and not another could result in increasing the current unfair competition amongst companies which are able to reduce the costs by not observing basic working conditions and labor practice standards. Though it is an excellent opportunity for those leading companies which have a head start on implementing sustainable procurement programs as their competition will struggle to catch up.

Most large US multinationals already realize the strategic environmental and social challenges facing them and their customers. Industry leaders such as Walmart, Coca-Cola and Procter & Gamble have addressed these issues without waiting for new legislation to be the reason for restricting the weight of packaging or taxing carbon emissions for example. Similarly, nine US companies partnered to form the Global Business Coalition Against Trafficking, which provides businesses with tools designed to end all forms of human trafficking.

Regardless of which specific legislation is passed or not passed as the case may be, companies recognize how critical it is to implement global ethical standards throughout their supply chain, not only for risk avoidance, but also as a means to access new business benefits.  From a global perspective, by raising the bar for companies in the US, it raises the global worldwide playing field concerning labor conditions, human rights and child labor. 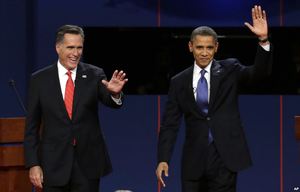 President Obama’s support for federal accountability on human trafficking issues in the supply chain is proof that whoever wins the upcoming presidential election, supply chain due diligence measures are only increasing in relevance and US companies have their role to play to make sure that Corporate Social Responsibility issues are being addressed.

Regardless of political affiliation, political leadership and corporate America should engage in more dialogue and collaboration to ensure that federal and state policies both encourage innovation while curbing the perils of sustainability risks. This is in everyone’s best interest.

Instead of massive defensive lobbying campaigns, US companies should be proactive. Let’s take the example of how over 6,000 US companies supported clean energy and climate legislation and see it applied to sustainable procurement.

In the words of Republican presidential candidate, Mitt Romney, “America has been one of the greatest forces for good the world has ever known.”  With the US election just a day away, let’s hope this is not a “has-been” moment or a trend of the past, but that the US will continue to innovate and lead in bringing good, sustainable change into the global marketplace.

This article was co-written by  Geoffrey Carbonnel, CSR Senior Analyst at EcoVadis and Wim Peeters, International Business Development at EcoVadis. 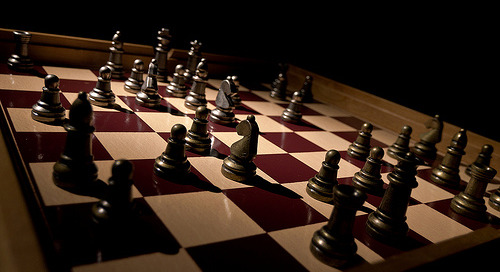 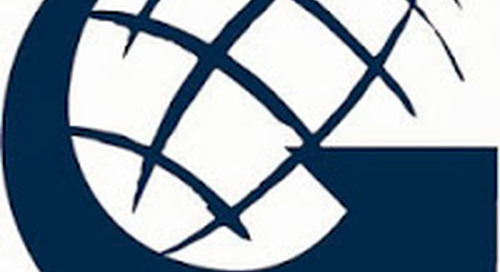 The G.4 – Part 3 of 3 – Major Transparency Shift on Extended Responsibility in Supply Chains

Whereas the previous post looked at the qualitative aspect of supply chain reporting and strategy, the last...