=
Home » Labor and Human Rights » Will Human Rights Due Diligence Soon Become Mandatory for EU Corporations and their Supply Chains?
× Share this Article

This week EcoVadis is pleased to feature this guest post from Arnaud Poitevin on recent trends in legislation that may have huge impacts on the worlds multi-nationals and their supply chains.

Responsible supply chains at the frontline

Responsible supply chains have reached the top of G7 global leaders’ agenda who in June urged businesses to strive to reach compliance with global human rights standards such as the UN guiding principles on business and human rights and the OECD guidelines on multinationals. Businesses should soon expect a regulatory offensive on the human rights compliance of their global supply chain including within their subsidiaries, subcontractors and suppliers, i.e., they might soon be held responsible of any breaches of human rights by their business partners unless they perform “effective” due diligence.

A Bill currently being discussed in the French parliament wants to impose on 100 to 200 of its largest businesses (in terms of number of employees) a mandatory due diligence addressing human rights, personal injuries, environmental damages, health risks and corruption. The Bill provides sanctions and civil liability for those failing to perform “effective” due diligence. It would concern parent companies, subsidiaries over which they hold “exclusive control”, and subcontractors and suppliers with whom they have an “established business relationship”. Courts will have the power to assess the implementation of the plan, which encompasses foreign entities. In case of non-compliance, courts could levy a fine of up to 10 million Euros and victims could in theory be eligible to obtain reparations on the basis of the company’s civil liability for the damages caused. However the claimant will have to himself prove alleged breaches of compliance, which may strongly reduce the number of potential lawsuits. The Bill follows the same pattern that well- known anticorruption regulations, such as the US Foreign Corrupt Practice Act and the UK Bribery Act: if the company proves that due diligence has been performed effectively, the company can avoid liability.

The question still remains whether the Bill would include suppliers beyond the first-tier, which would of course change considerably the scope of the obligation falling on companies who are the “purchasers” at the nexus of large supply chains .

The move looks like some kind of French revolution. Historically, French revolutions have always spread beyond its borders, and it seems that this regulatory initiative is following suit. After an attempt to pass a law in the parliament, last April Swiss citizens launched  a popular initiative aiming to impose a similar obligation to Swiss businesses. In the USA, the government has launched its own National Action Plan on Responsible Business Conduct, which, after an assessment and consultative phase, may lead to the adoption of new regulations. Many other countries in the world have already or are expected to launch such National Action Plans.

But a larger concern looms for businesses because the debate has since reached the European Parliament. Reports claim that the French President and the government are proponents of the new draft text and want it to be proposed at the European Union level. The move is a way to reinsure French businesses they won’t be the only ones to have to bear the burden of responsible conduct. Tactically, it also keeps the French debate under the pressure of the European opinion while promoting a good image of France abroad as the historical champion of human rights.

The move could take the form of a European parliament proposal expected to be tabled within a few months. In late April the Members of the European Parliament (MEPs) adopted a motion for resolution that, although non-binding, calls for ‘a legal obligation of due diligence for EU companies outsourcing production to third countries’. A French parliament motion for European resolution for a similar reform has just been tabled on 13 May. On 20 May, contrary to expectations the project upheld by the Commission , MEPs again sent a clear signal by adopting tough provisions in the draft law addressing the issue of conflict minerals due diligence. The pressure is mounting and the level of awareness is clearly rising within MEPs on these issues, partly helped by the deep, long lasting advocacy work of civil society organizations and French members of parliament, among whom one of the most prominent is Dominique Potier.  Potier is originally a farmer and founder of a small scale organic dairy farm in a rural area of the Province of Lorraine. A new step has been reached with the recent statement by world leaders at the June G7 meeting urging corporations to ensure sustainable supply chains, (albeit without mentioning any binding regulations). All eyes are now on the forthcoming developments in France where the Senate is due to discuss the “devoir de vigilance” Bill, probably after summer.

Concretely, for businesses, it could mean that in the near future they will be obligated to manage human rights as a compliance issue and not just as a mere CSR issue. This would mean investing significant resources into management, training, assessment or auditing and remedy mechanisms (e.g. such as whistle-blowing mechanisms) not only in their own operations, but also in their supply chain. It could also be a signal for the business community to shift their strategy to a more participative, positive approach: Business can collaborate with employer organizations (such as chambers of commerce,  BIAC, etc.) to support research on global solutions for ensuring respect for human rights by businesses, that go beyond the limited scope of enforcement by business of supply chain management regulations. Trade and investment are two powerful tools with strong potential in terms of human rights enforcement that remain too often overlooked. The OECD has just requested studies to be performed on these issues. Governments may lack leadership in this field. The business community should not be reluctant to take the lead in proposing innovative and effective solutions, that will not only help them comply, but also protect their brands, and do so in a way that is fair to all stakeholders.

This article contributed by Arnaud Poitevin (@arnaudpoitevin or on LinkedIn), a legal researcher in business and human rights for the Centre National de la Recherche Scientifique (CNRS) based in France. He studies and participates in the work of the OECD, the UN, national Bar associations, business organizations and NGOs. He is the author of various publications on business and human rights.

Published in the Sustainable Supply Views blog from EcoVadis 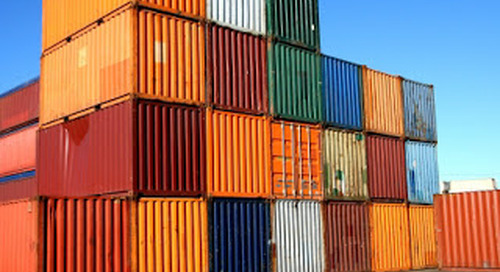 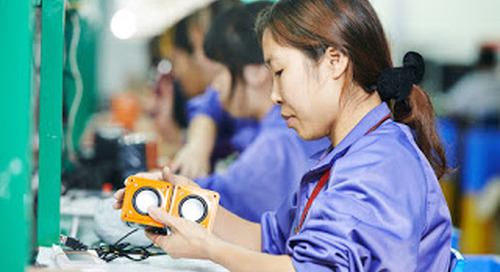 A retrospective on the five-year anniversary of one worker’s courageous act of protest in China that sparke... 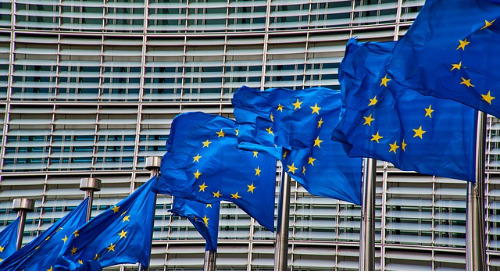 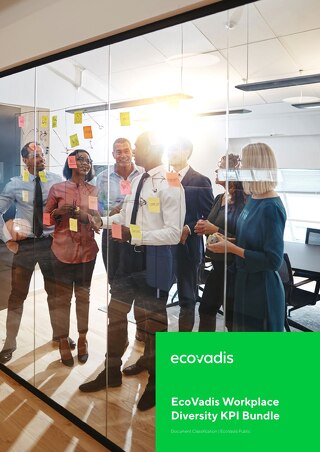 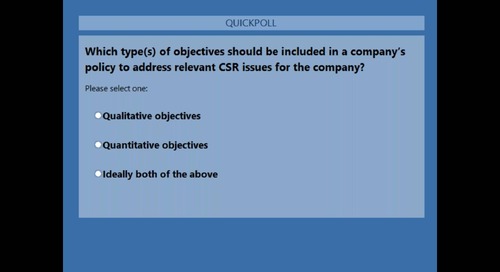 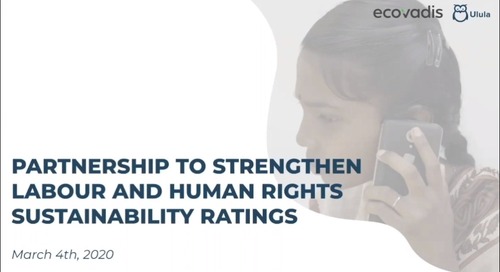 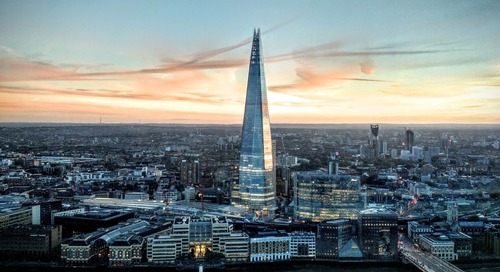 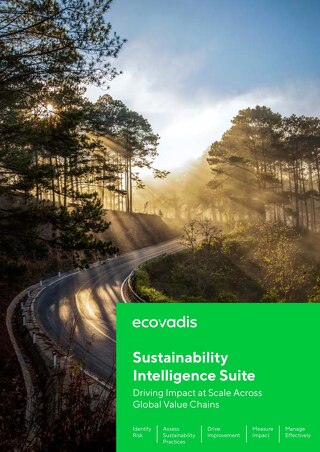 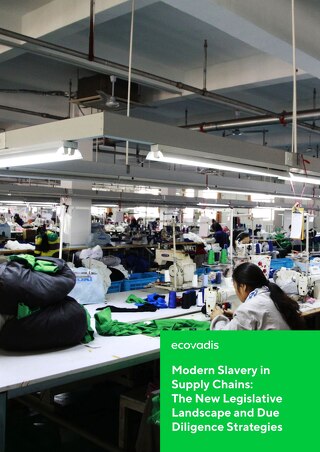 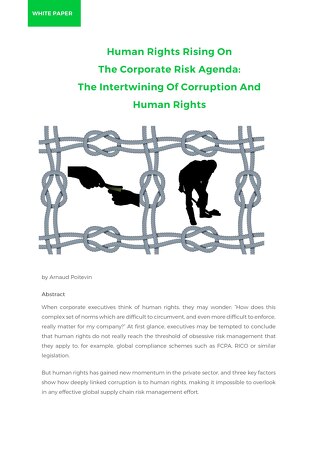 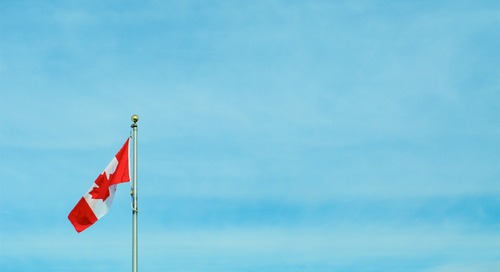 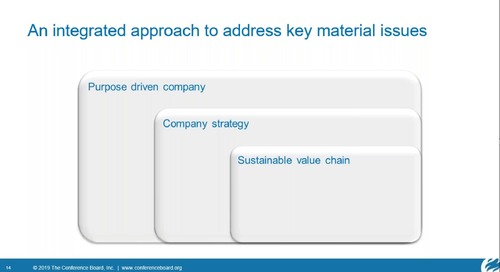